The Salomon premier splitboard is one of the most unique split boards on the market. It currently comes in two sizes a 159 and a 165. The Salomon s/lab split board retails for $1,500. Some of the benefits are it’s lightweight track lock technology that reduces the weight underfoot.

The most noticeable difference when comparing the premier split board to other split boards on the market is the agile two-piece removable center that reduces touring weight and width. It allows for a thinner skinning track that fits with most skiers, and makes it easier and more stable on steeper terrain and challenging kickturns. The idea behind the spinner ski when touring up the mountain is that you’ll be more efficient because they slide better, fit in ski tracks, and have a better outside edge.

The Salomon premiere adapts to work with a wide range of bindings with its new plaque. It uses plum hooks for mounting and skin hooks for attaching skins to the ski. The slob comes in four pieces the two centerpieces can be removed when touring and placed in a backpack.

The Salomon premiere has a soft playful flex that’s responsive when skinning and floats well when converted to a snowboard. The board has a slightly tapered direction to help float and kick turns around quicker in the trees they’ve also included fly light foam to further reduce the weight on the split board. It comes with a factory fine Stone finish on a centered base that’s ready for all conditions of snow. The skin seem to adhere very well to this finish right out of the box. The board is also wrapped with carbon fiber to help keep the board strong and light. More on the centered base, they call it centered EG, it works well in both powder and spring conditions and is super strong for those hidden stumps under the snow. The tip and tell come detuned.

The cross profile camber across the feet combined with the rocker on the tip and tell make a great combination for skinning and floating in the powder. Another unique part of the premiere split board is the four parts track lock system that connects everything together it’s fairly lightweight for all that’s going on in the connection. The conversion from ski to ride mode is fairly straightforward and most split borders will find it familiar.

The Solomon premiere has custom crampons for the narrower ski and are only available for the s lab premier. In addition to the fly light foam there is also an arrow core made of balsa wood with poplar, this provides durability consistent flex and a light fill under the foot. 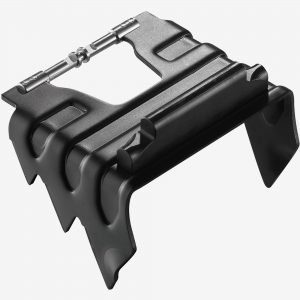 Changing from touring to riding mode

Transitioning between tour and ride mode is just as easy as any other splitboard. Another nice thing you’ll notice is that the skins aren’t as bulky because of the narrower skis. 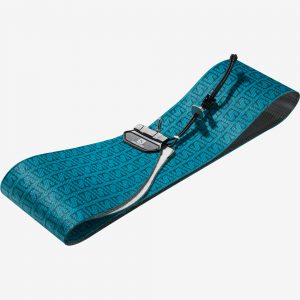 The premiere comes with p o m o c a skins, one of the most known manufacturers of ski and split board skins. Also included is a bag that you can use to throw the skins in while you are skinning up the trail. The skins are firmly held in place with notches in the back of the splitboard skis.

The Salomon premiere s-lab 4-Piece split board may seem expensive at $1,500, but keep in mind it comes with technology that’s hard to find anywhere else, as well as skins and hardware being included. The board has been continually manufactured for years now which shows there is a niche for this type of split board. Personally I don’t like dealing with all the pieces but on Long tours the benefits outweigh the cons.

The board rides great you don’t notice you’re writing on four pieces of a snowboard any more than you do on a two-piece split board the flex is fairly consistent given the contraption you’ve put together. The benefits of this Flipboard definitely come from longer touring. Some writers like to pair the Salomon premiere with a hard boot setup for those long days in the backcountry.