A splitboard is a snowboard that is cut in half (like skis) and used to travel uphill.  When the rider is at the top of the mountain, the two halves are connected with special hardware into a snowboard and used to snowboard down the hill or mountain.

A splitboard is used similar to snowshoes or alpine touring skis to access the backcountry for snowboarders. A splitboard consists of a few main parts. The splitboard, bindings, splitboard hardware (used to attach bindings to the board, and hold the splitboard together), and splitboard skins.

What is the point of a Splitboard?

The main reason to use a splitboard is to snowboard without the use of a chairlift or at a ski resort.  It allows snowboarders to reach locations that are deep in the backcountry efficiently.  You could hike in snowboard boots, use snowshoes, or snowmobiles to access the backcounty.  Splitboarding with the use of skins are much more efficient than hiking in snow, or using snowshoes to gain elevation to snowboard down.  It really brings freedom to a snowboarder to go where ever they want to snowboard.

People often ask if you can ski downhill on a splitboard?  The answer is yes, although most splitboards heel lifts in the back similar to a traditional telemark ski some of the new splitboard bindings have a locking mechanism in the heel plate to keep the heel attached to the ski.

Why would you get a splitboard?

Most splitboard owners bought or made a splitboard to access fresh powder, get away from the resorts, and spend time outside.  It’s also a much more efficiate way of hiking in snow.  The long skis under foot with skins attached for traction make a splitboard a great option for hiking in the backcountry.

If you are asking yourself if you should buy a splitboard ask yourself a few questions.  Do you enjoy hiking away from the resort crowds, are you looking to access terrain that is outside the reach of chair lifts? Do you seek bottomless powder? Then you are in the right category to own a splitboard.

Who invented the Splitboard?

In the 1990 Brett “Kowboy” Kobernik took an old snowboard, and cut it down the middle. He fashioned hardware to hold the two pieces back together creating the first splitboard. The prototypes, bindings, and hardware had many iterations over time and eventually because first manufactured with Voile.  In 1994 the first DIY split kit was realeased by Voile. The first splitboards were all split and converted with Voile hardware and used regular snowboard bindings attached to metal plates.  Years later we now have many splitboard companies making hardware and amazing bindings that function much better, are lighter, and have made splitboarding more reliable.

How is a Splitboard made?

Most Splitboards today are made in a factory just like most skis and snowboards.  The manufacture process produces two skis with metal edges on both skis.  There is also, a cheaper option for making your own splitboard.  If you are just getting into splitboarding or expanding your board quiver is to build your own splitboard by cutting a snowboard in half and adding the necessary hardware.  Factory splits as they are sometimes called are constructed in many different ways just like skis and snowboards.  There are different cap constructions (how the top sheet meets the metal edge), different materials from wood to carbon.  Factory splitboards are near twice the cost of a splitboard made out of an old snowboard, however, they are much more durable.

Parts of a Splitboard 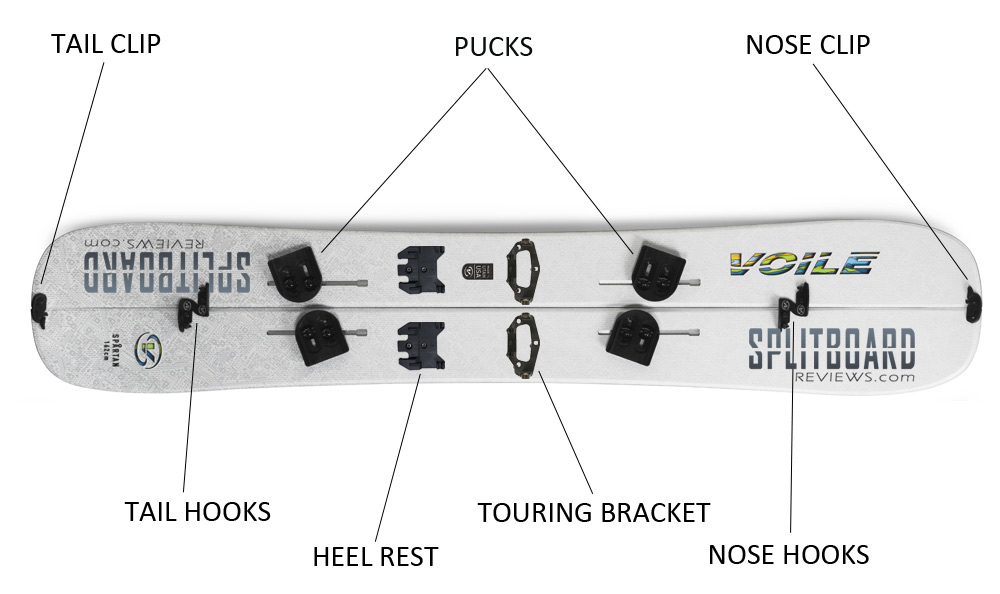 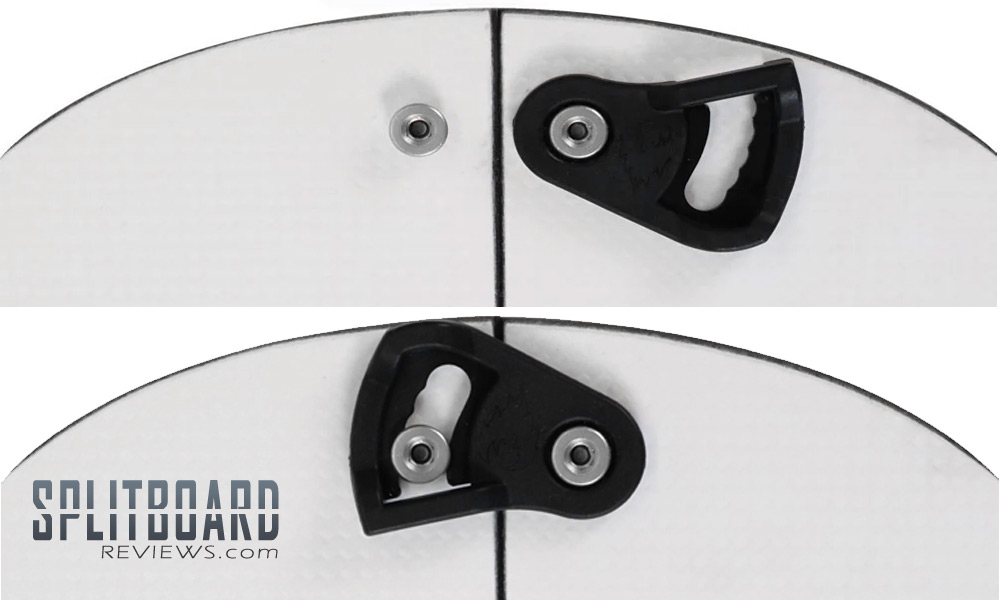 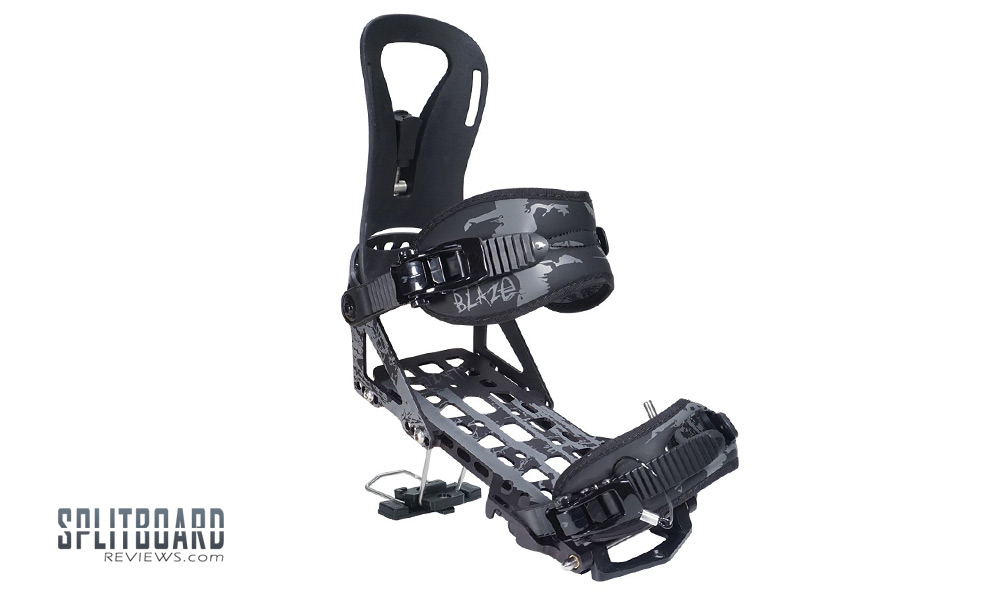 The image above shows the binding in touring mode for a steep incline.  The tall climbing wire is flipped up to prevent the heel of the binding from contacting the board directly.

Other Common Questions about Splitboards